Please note that non refundable application fee for local investors is TZS 3,000,000 (three million shillings only) and foreign  investors is $ 3,000 payable in advance.

The Provisional Licence Holder who met the conditions thereof  may apply for Accreditation using TCU Form 9.

Ten step by step  to be followed in establishing a new university are indicated in the diagram below: 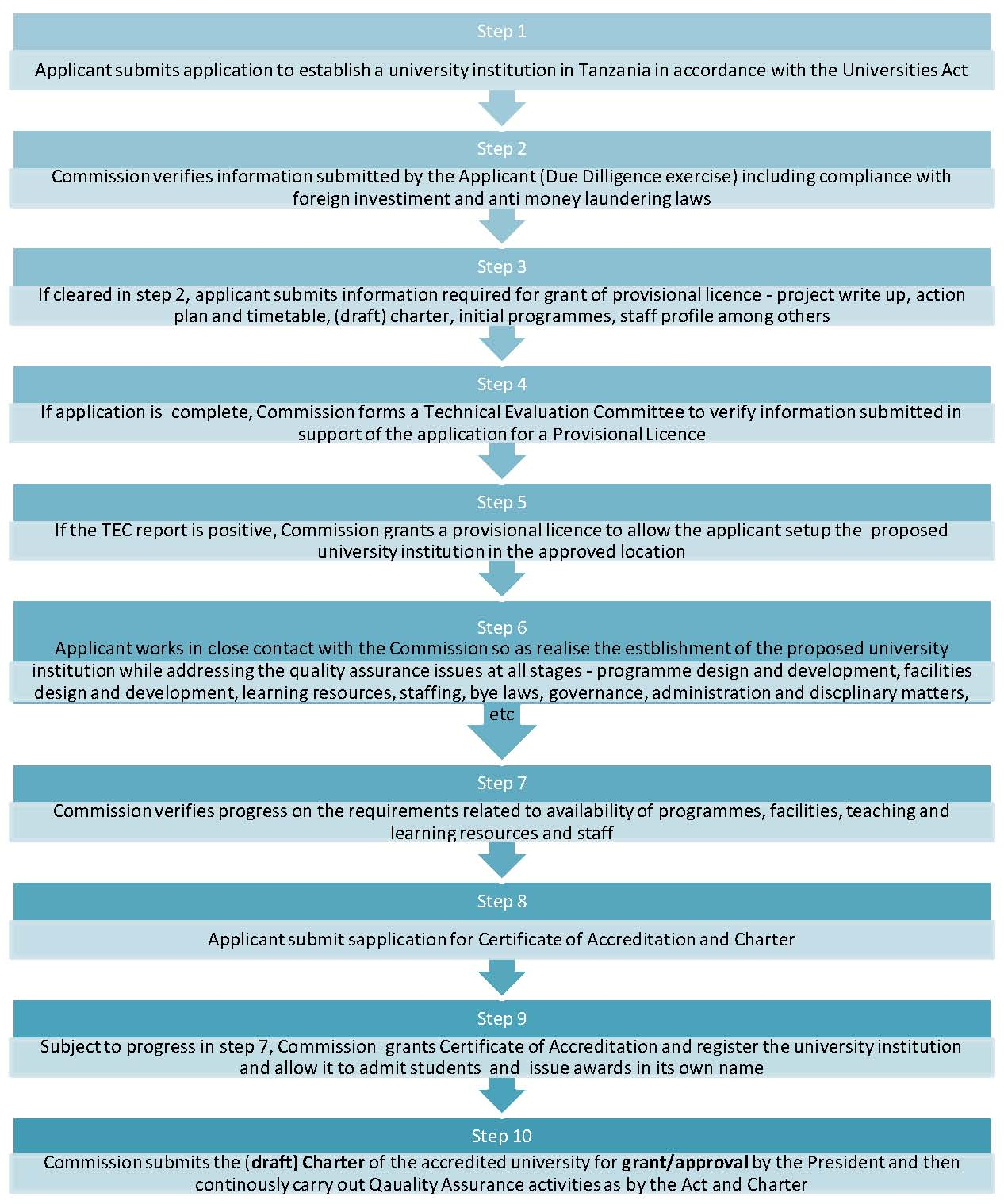