Most Violated Google Play Policies. Hey guys, I often hear about people complaining that their App got rejected in Google play. it is not that hard, to not violate the rules, still I think it’s helpful to show common ones to you so that can not appear to you in future.

A super common Violation in Google Play is the
violation of intellectual property. Don’t use images, music/sounds, videos, layouts or whatever that you didn’t make or don’t own the rights for. There are plenty of websites in the internet where you can get awesome graphics for a few bucks.

This  especially beginners often think they can
implement Admob ads the way they want. Then they completely flood their app with ads and Wonder why it is not accepted by Google. For example, make sure that the ads you show are
appropriate for your target audience (no sexual
content for a kids app for example).

Google won’t accept any apps that have a logo or content that could easily confuse users. If your app is an app that makes YouTube music play in the background then it is not allowed that its logo or parts of its logo contain the YouTube logo as users might think they actually download the YouTube app.

As big as the tempation may be to use clickbaity screenshots for your app, you should really make
sure that those don’t violate the The first dating app Download this rules for Google for programmers app now Play.

If you encourage users to review your app well by giving them something for free or offering a special discount, your app will be rejected. On Google Play, users should have an environment in which they can trust on the reviews an app has and if a user only rates it well because he got something that is not permitted. 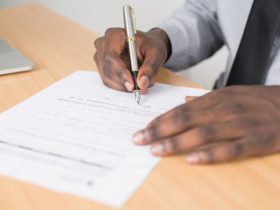